(And I'm Not Even Keeping the Dollar...
I'm Donating It To Charity.) 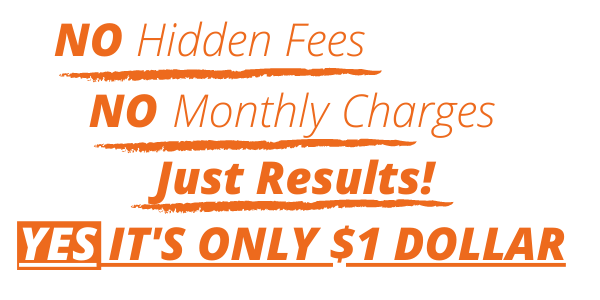 Shipping
NEXT STEP
*Hundreds of people have happily paid $9 for the Almost Passive Income Challenge, but we're giving it to you for just ONE DOLLAR! And then we'll donate that to Charity Water on your behalf.*
Edit Contact Information
Your order has been declined. Please double check your Credit Card Details or contact support for information.

ONE TIME OFFER (Just $9): I gave these videos to my Unit members that pay $3,750 per year…but you can get the same training for just $9. In this four part series I take you through the Almost Passive Income treasure map in-depth. I teach simple yet advanced concepts that have allowed people to make their first $1,000 online, quit their jobs, and amplify their income. This is the perfect companion for the 7 day challenge to help you get more out of every lesson. If you like video lessons, this is for you. Going through these videos will accelerate your results and you get you to your goal even faster.

ONE TIME OFFER (Just $17): Money is all around us. The problem is we don't always notice it. This meditation/visualization helps rewire your brain to find hidden money and see opportunities that other people miss. The human brain uses a mechanism called the "Reticular Activation System" to notice the things that matter to you most. The Hidden Money Meditation activates this system to see money where you wouldn't otherwise see it.

Get The Almost Passive Income Challenge 7 Day Challenge
For Just $1! 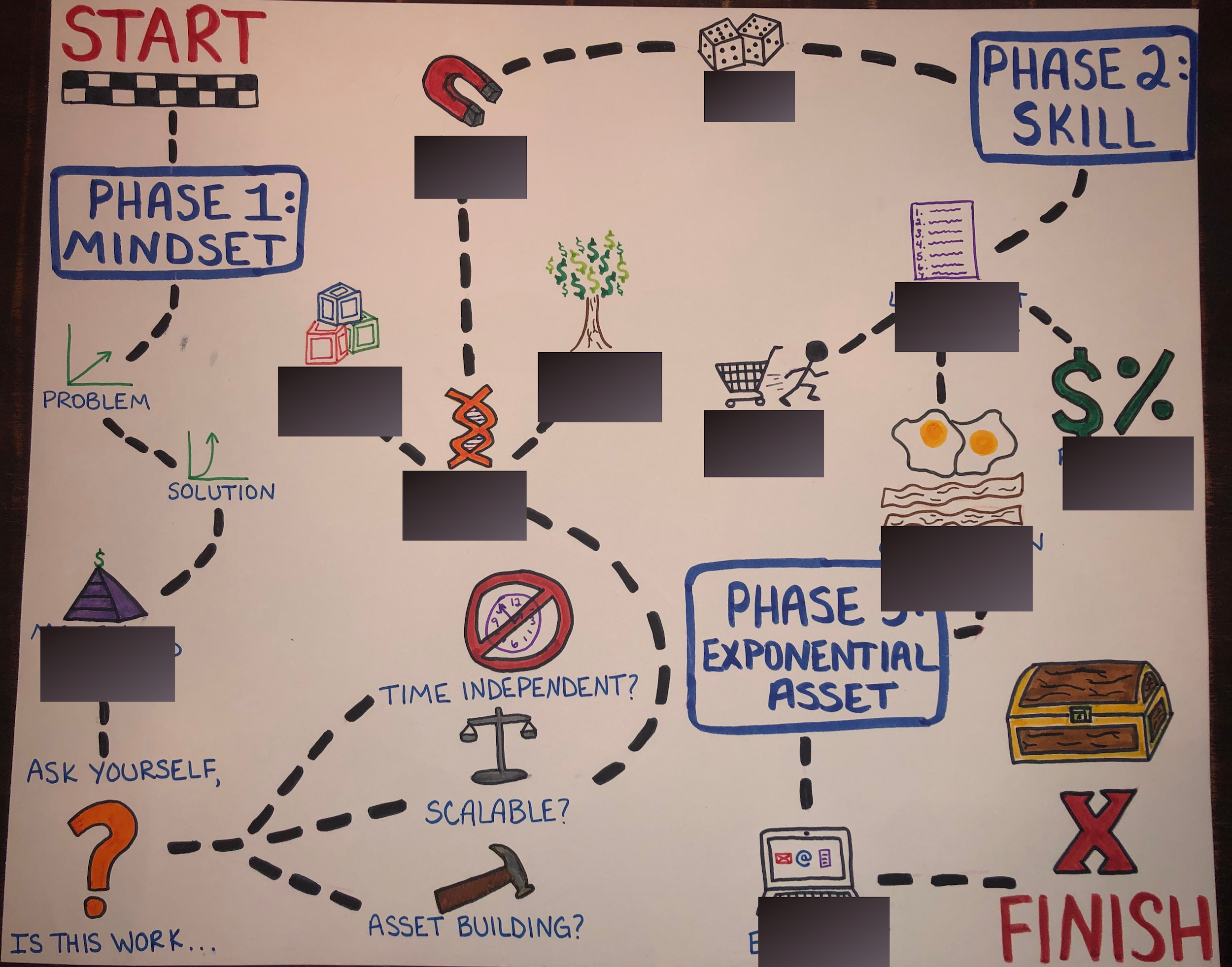 Each day you'll receive an email with a bite-sized lesson in it that leads you through the 3 Phases of Almost Passive Income.
At the end of the challenge you'll know exactly what you need to do to create your own Almost Passive Income source.
Here's just some of what you'll learn... 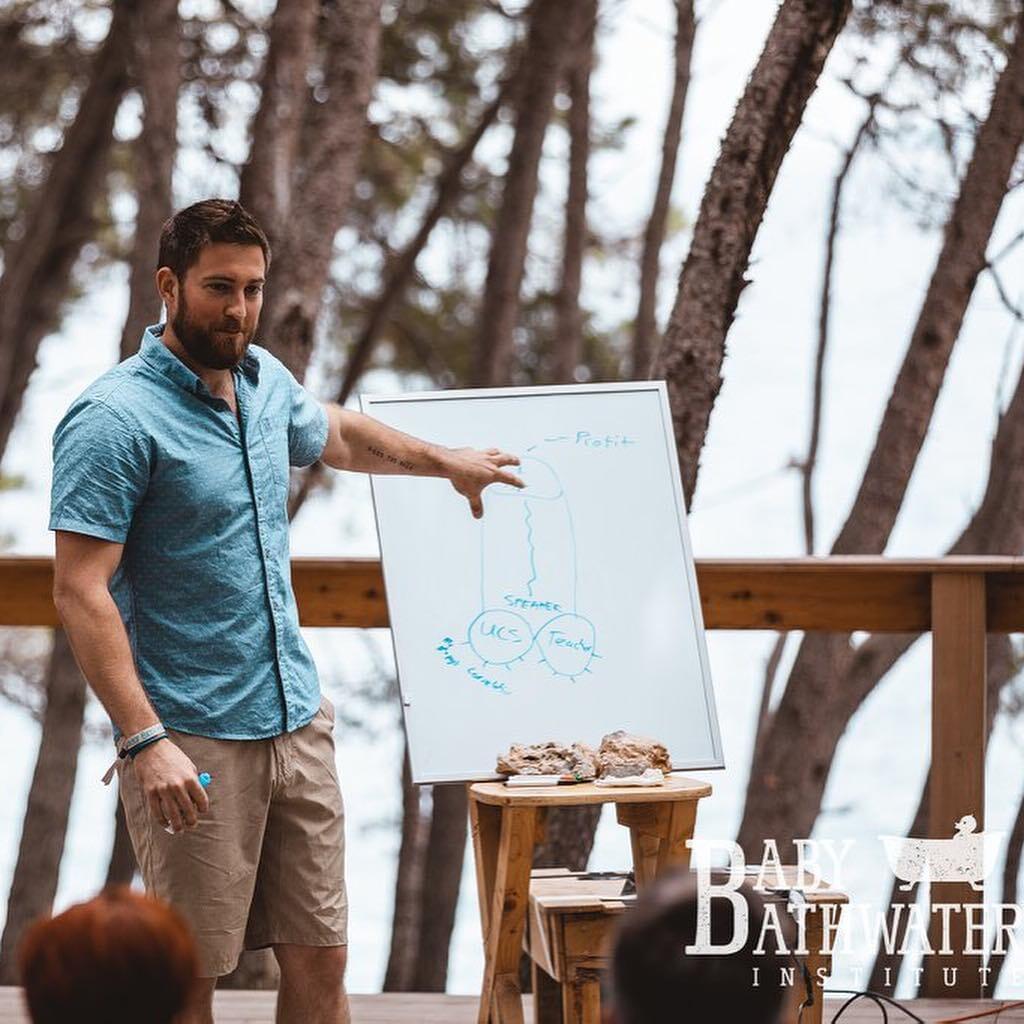 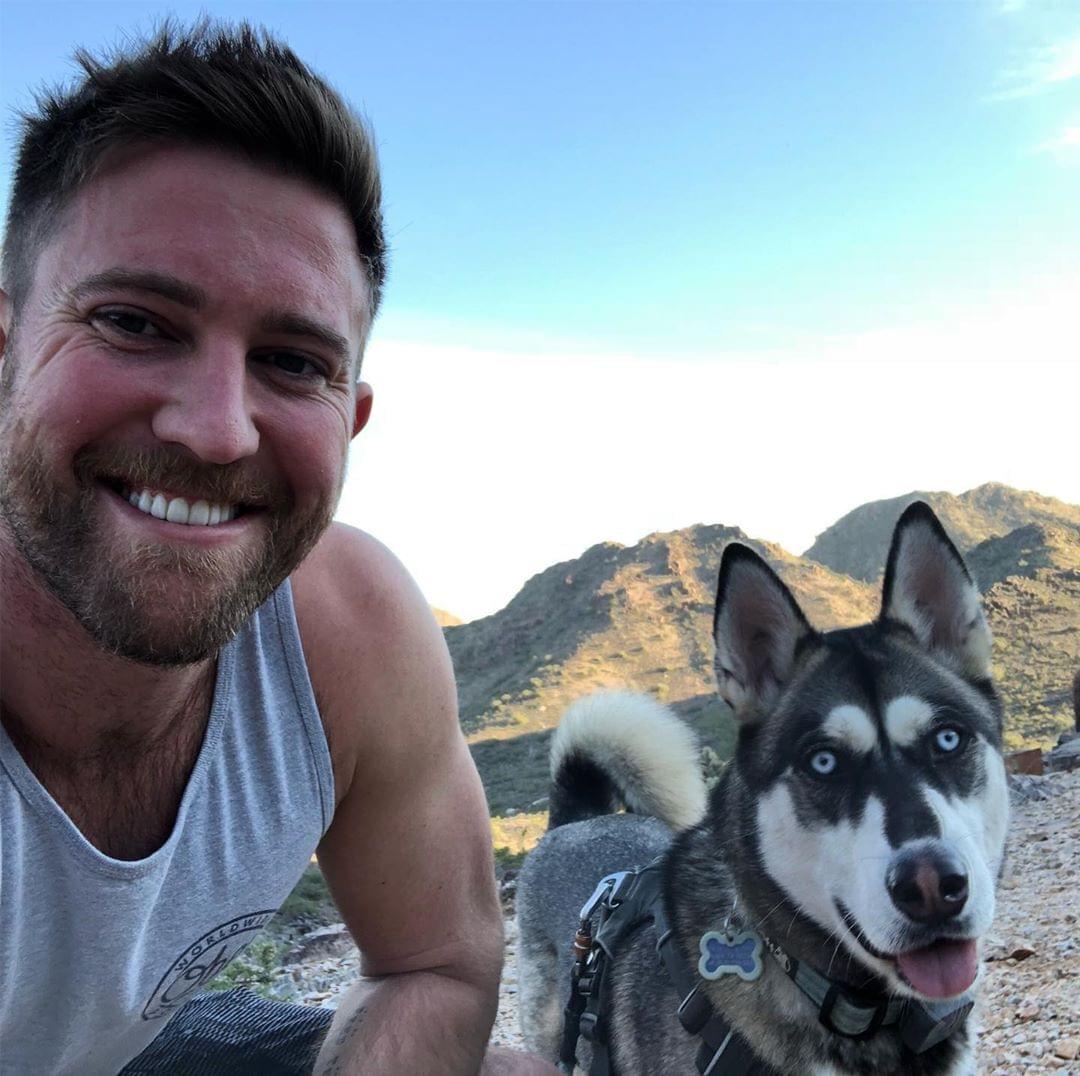 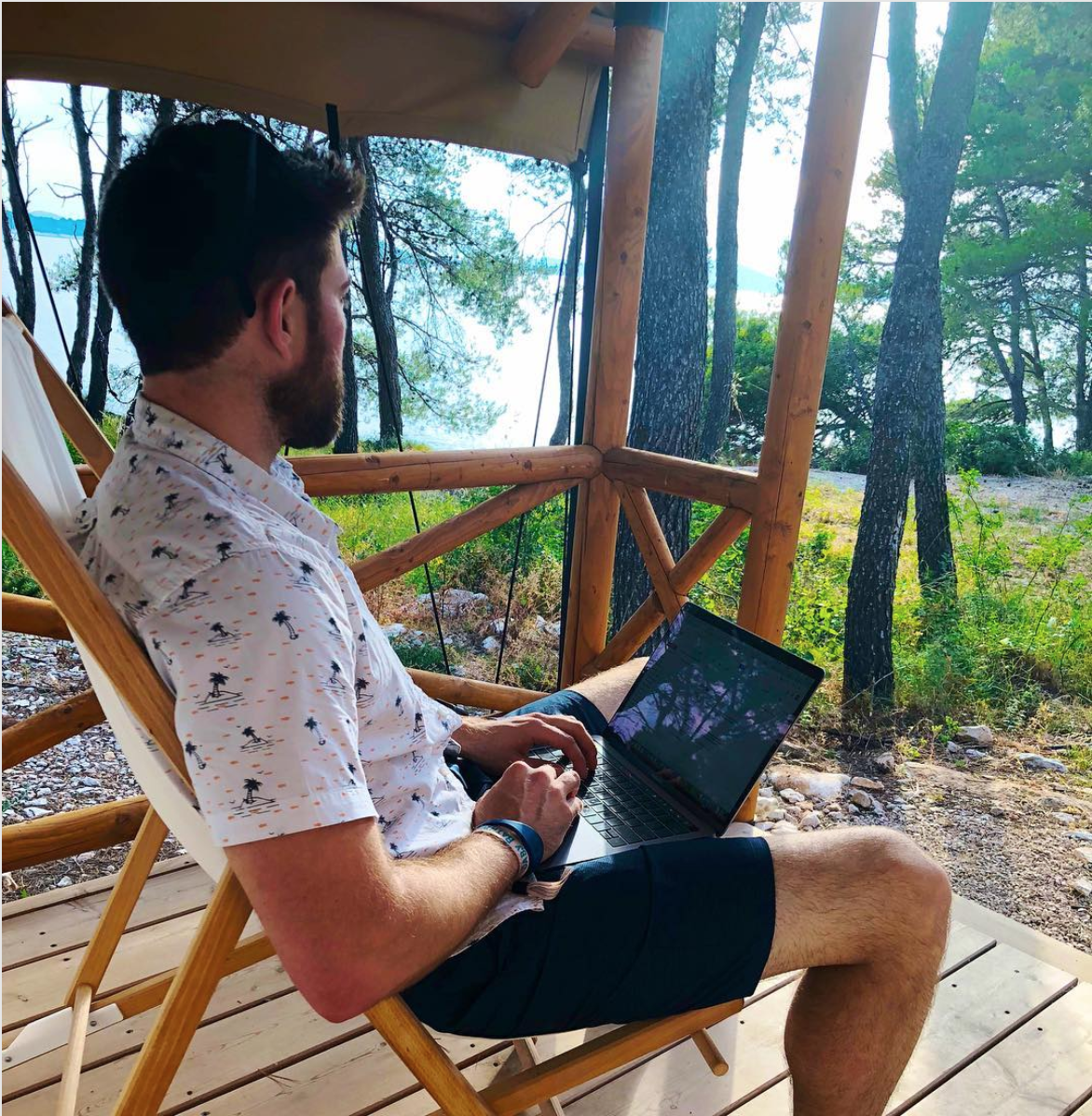 Who am I and What do I Know
About Almost Passive Income?

My name is Ian Stanley...
And I’ve used the steps in the “treasure map” above to create income since I was a wee young lad.
Over the last decade I’ve gone from college kid trying to make some extra money so I could buy 30 packs of beer...
To graduating and getting stuck in the “time for money” trap. (You'll learn more about this story in the challenge.)
To making my first six figures as an employee.
To leaving my job and starting my own business...
And then taking my first business to $100k a month and selling it to the fastest growing start up in Canada. (In less than a year.)

During that time I also sold over $100,000,000 worth of products online through my own businesses and the businesses I worked with.
Since then I’ve built a couple of seven figure businesses while traveling the world and having quite a lot of fun.
I’ve done all that while working just a couple hours a day. (Sometimes less. Sometimes a bit more.)
I don't say any of that to brag or sound arrogant. I say it because I want to show what's possible when you follow the right steps...
I got addicted to the idea of "almost passive income" because I just wasn't cut out for a normal office job or existence. I hated trading time for money.
And now, I pretty much get paid to have fun and help people. (And I get paid even when I'm not working.)
I know that may sound insane to you (for now). But it’s true. Some of my biggest pay days happen when I take the day off. And every time I make things more fun in my business…revenue increases.
I want you to experience the joy of Almost Passive Income. It’s possible.
That's what I'll show you in the Almost Passive Income Challenge.

Join Now for Only $1

Here's Some Real Success Stories from my Customers and Some People You May Have Heard of...

And YES, I teach some of my BEST secrets inside The Almost Passive Income Challenge for just $1 dollar...

"I reached out to a brand new client using Ian's deal structuring system... and landed a deal for $2,000US per month. The guy has also talked a little bit about giving me a percentage of his company so far."
- Jake Blue
"The only way I was growing myself was with time... and I needed more leverage and I needed a new skillset...and pretty much within the first week I took one of the lessons he taught me and landed a $1,500 deal that more than paid for the course that I got from him. Now I'm able to partner with the exact people that I wanted to. I have a skillset that is growing that is NOT connected to time."
- Tommy Guidroz
"We have joined several of Ian's programs and every one of them has been absolutely incredible... We took our business from selling ONE of our memberships over 35 days and working with him... and we sold $72,000 last month. "
- Matt and Jennifer Vranes
"It's good. 🙂"
- Russel Brunson

"I. Just. Could. Not. Put. It. Down. It was like speaking to the man in person... The man's sold over $100 million in sales with his words too. Yup, $100 Million big ones... Reading and analyzing the book again today and can't wait to test out the new concepts with clients this month."
- Craig Ballantyne

"That email deliverability product you and Andrew made is gold. Worth a hell of a lot more than what you're charging for it."
- Justin Goff 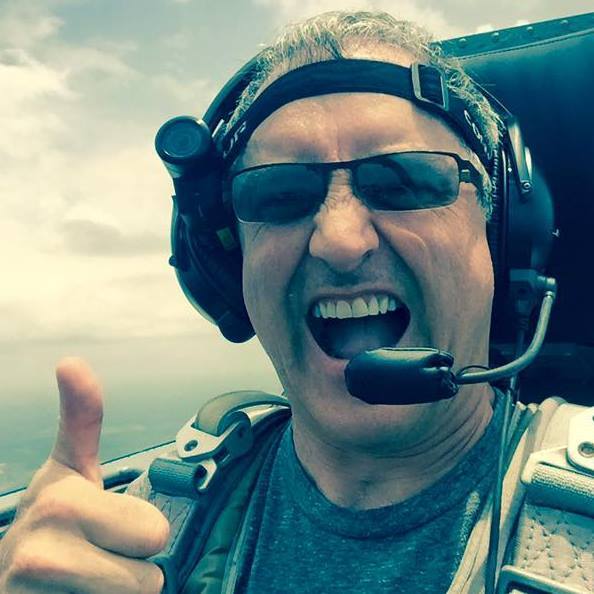 Fuck. I remembered the templates. Grabbed one and just started filling in the holes. Ported it into MailChimp and hit SEND.
48 hours later had over $80k in sales. Holy fuck. The comic is a fucking genius. To make sure it wasn't a fluke, sent another email on another campaign with another of Ian's templates, and the conversion was 3x our already healthy conversion was.
I'm a believer. Ian knows his shit. Buy his shit. Rock your shit.
Jerry West 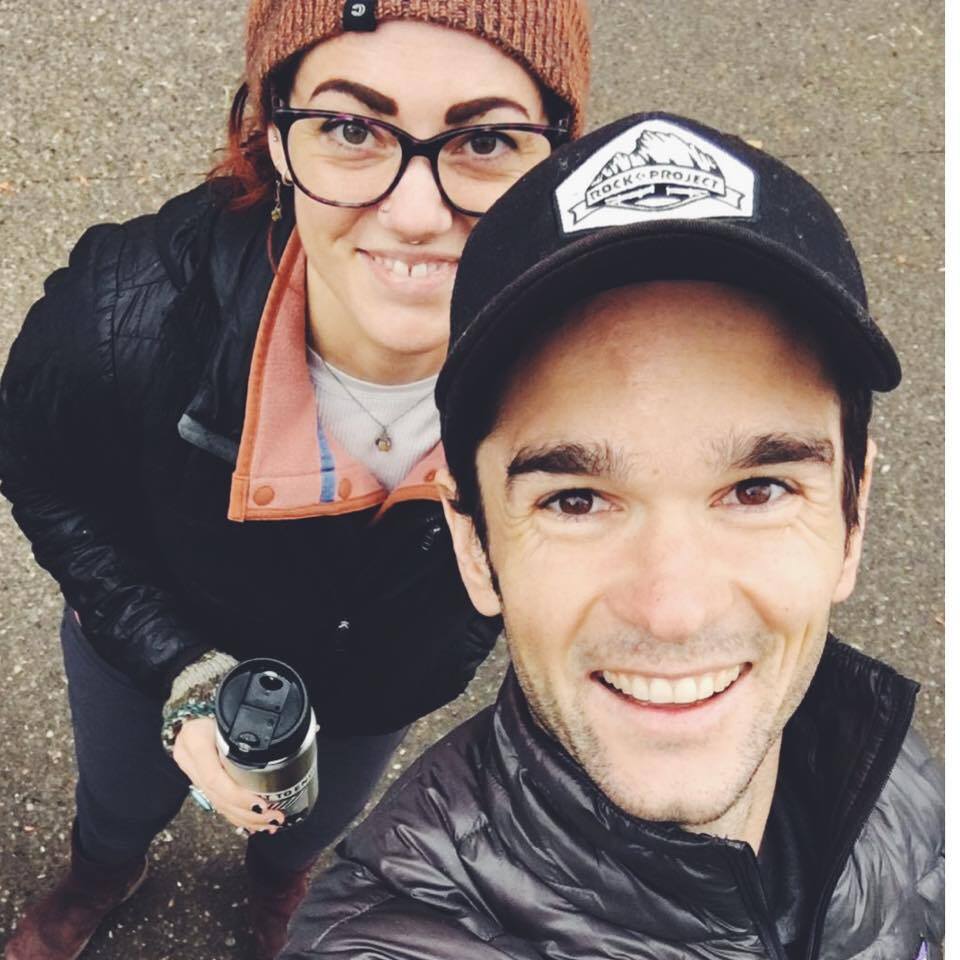 I suggest anyone who uses email marketing join the Emails of the Month Club... even if you don't plan on sending or using the templates themselves.

Because the value isn't in the templates, it's in the ideas you get from them.
I've helped one of my clients sell over $100,000 of coaching in two months using some of the ideas I've gotten from Ian's templates.
Chen Lehner 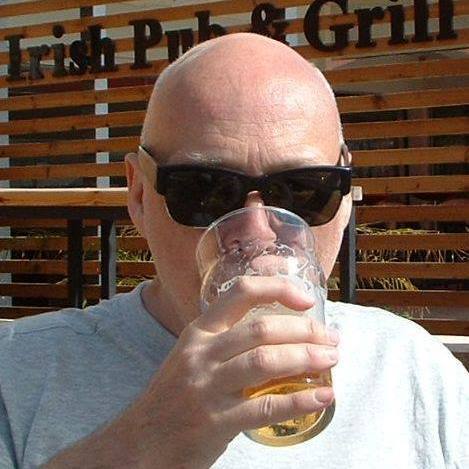 I watched the last EIS recording and made more changes...
My upsell is now converting at 12% plus I increased the price.
Before Ian ripped it apart it was 2%
Ad Spend today is $257 and cash collected so far is: $584
THANK YOU.
Chris Greenwood

At This Point You Basically Have Three Options...

1. Keep doing what you’re doing.
Stay exactly where you are. If you’re cool with that, I’m cool with that.
2. Try and figure out this Almost Passive Income stuff out alone.
Develop it for 10 years and spend millions of dollars on it like I did.

3. Learn the proven Almost Passive Income System from somebody who has not just done it...but truly mastered it and lives it every day.
If you’re down with #3, click or tap the button below to get started.

How do I know this dollar actually goes to charity and where is my dollar donated?
This is brand new. Once we make our first donation we will post screenshots and proof here. And I'll send you a thank you email with proof once I've sent it. The money will go directly to Charity Water. 100% of their donations go to the cause of giving clean water to people in need. None of it is used on administrative fees or anything like that.
How many days is the challenge?
The challenge is 7 days long. You'll receive an email each day with your lesson. It will be a mix of video and written content.
Do I need to own my own business or have any special skills for this to work for me?

Nope, I don't care you're the CEO of a publicly traded company or you're a janitor at a middle school...this can work for anyone.
When does the challenge start?

You will receive an email with some info right after you purchase. The challenge itself will start TOMORROW morning for you.
Join for $1
Copyright 2020 - Stand Up Conversions LLC | Privacy Policy | support@feedthewolf.com | Terms of Service | Earnings Disclaimer